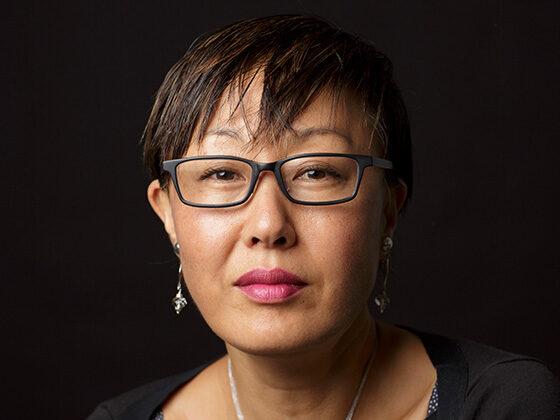 In recognition of a pioneering, in-depth analysis of the roles of racism and Americanization in the history of social work, SP2 Associate Professor Yoosun Park and co-author Professor Michael Reisch of the University of Maryland, Baltimore, have been awarded the 2023 Frank R. Breul Memorial Prize by Social Service Review (SSR), long considered the most prestigious journal in the field.

Drs. Park and Reisch received the award for their article “To ‘Elevate, Humanize, Christianize, Americanize’: Social Work, White Supremacy, and the Americanization Movement, 1880–1930,” which appears in SSR’s December 2022 issue. The Breul Prize is awarded annually to the best article published in SSR in the preceding year, as judged by the publication’s editor, after seeking input from the editorial board.

The article studies the relationship between the history of social work in the massive Americanization movement, a national endeavor that flourished around the turn of the twentieth century. Park and Reisch trace the field’s role in the “movement’s sedimentation of whiteness as the national identity” and the ways in which “Americanization” was applied not only to immigrants — both white and racialized — but also to Indigenous Americans and African Americans.

Park and Reisch argue that social work’s engagement in the Americanization movement was central to the solidification of an “ethnoracial hierarchy” whose logics continue to shape the nation and the profession today. They conclude the article with a call upon the field “to reassess its unquestioned assumptions and the actions built upon them.”

For Park and Reisch, the discoveries have not stopped with the article; the piece is an introductory version of their forthcoming book on the subject. “I am learning a lot; have learned a lot, even since the publication of this paper,” says Park.

SSR writes in the prize announcement, “Park and Reisch’s eye-opening article documents the intertwined stories of racism and Americanization that characterized the field of social work as it was developing. Synthesizing the histories of multiple racialized groups of people, Park and Reisch show how ethnoracial hierarchies forged in the nineteenth and early twentieth centuries continue to shape the profession’s approach today. This article was selected for the award because of the pioneering nature of its topic and the breadth and depth of the authors’ analysis. Park and Reisch remind us that sometimes the best way to be timely is to look to the past.”

Through the prize, SSR pays tribute to the career of Professor Frank R. Breul, an educator, administrator, and editor of SSR while on the faculty of the Crown Family School of Social Work, Policy, and Practice at the University of Chicago.

For more than 110 years, the University of Pennsylvania School of Social Policy & Practice (SP2) has been a powerful force for good in the world, working towards social justice and social change through research and practice. SP2 contributes to the advancement of more effective, efficient, and humane human services through education, research, and civic engagement. The School offers five top-ranked, highly respected degree programs along with a range of certificate programs and dual degrees. SP2’s transdisciplinary research centers and initiatives — many collaborations with Penn’s other professional schools — yield innovative ideas and better ways to shape policy and service delivery. The passionate pursuit of social innovation, impact, and justice is at the heart of the School’s knowledge-building activities.