Where would you go if you wanted to access Ivy League research on policy, the market economy, sexuality, and gender? Where can you find academics committed to tying research directly into improving their surrounding community? At SP2, students can pursue a Master of Science in Social Policy Program (MSSP), which is an eleven-month, ten-course program that prepares professionals with knowledge and skills to use policy to increase equality, promote equity, and forge social change. Better yet, SP2 launched the SexGen Policy Lab so students, professors, and community members can conduct and access gender and sexuality research anchored in community partnerships, “research that has teeth,” and has long-term impact. 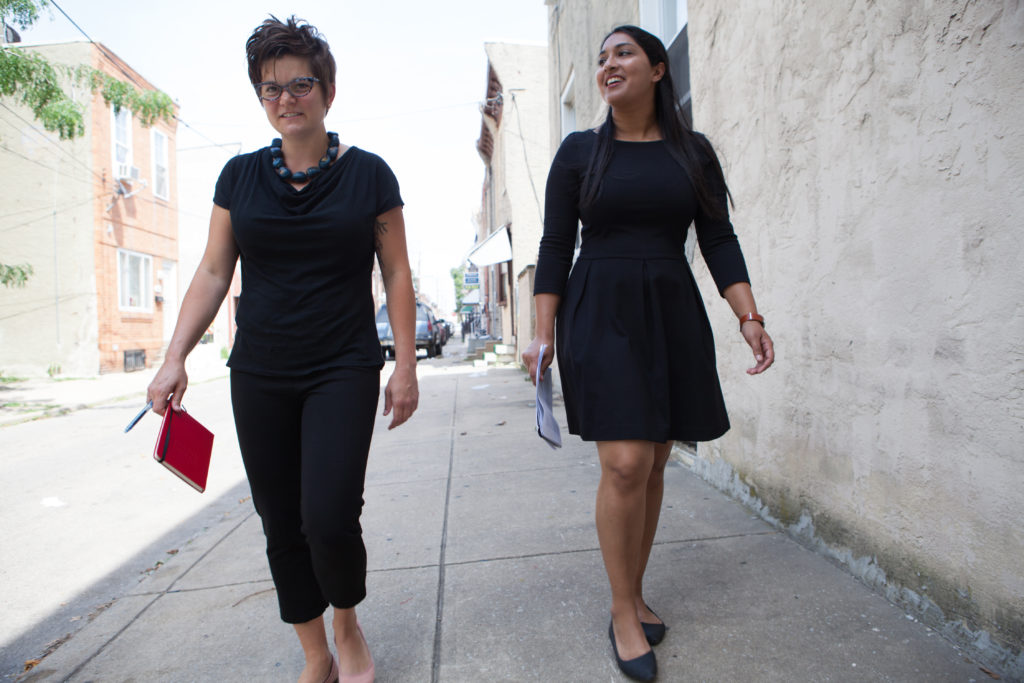 In September 2016, Dr. Amy Castro Baker, Ph.D., who serves on MSSP’s governance committee and teaches in the program, had not even set up her office when students began contacting her for assistance with housing, gender and sexuality research. Though planning started in January 2016, Amy CB thought the actual launch would take far longer than nine months. However, a few important factors immediately launched the lab.

One, Penn contained ready-made allies who were persistently working on these issues for years. Penn partners such as the Penn’s LGBT Center, the Alice Paul Center for Research on Women, Gender and Sexuality, groundwork done by the Penn’s Women’s Center, and grad students all across campus were leading the charge before Amy CB arrived on campus. Second, SP2’s Dean John L. Jackson, Ph.D. was already training SP2 staff on gender and sexuality issues and was way ahead than any other Dean on campus. Third, while at the City University of New York, Amy CB worked with Dr. Deb Tolman who aims to create a network of SexGen social science labs. Lastly, Dr. Amy Hillier, Ph.D. and Director of the MSSP program, was actively involved in research and policy projects that fit perfectly within the Lab’s mission. (In order to keep track of each “Amy,” Amy Castro Baker will be referred to as Amy CB and Amy Hillier will be referred to Amy H.)

What is the SexGen Policy Lab? In short, the Lab was created to generate research on the intersection of gender, sexuality, and the market economy; provide focused mentorship to Penn students; and create strong, and equal, community-based partnerships. It is for academics, community partners and practitioners who are interested in critical theory, willing to interrogate their own assumptions, and take science seriously.

The Lab began with expanding Amy CB’s research on the housing risks women experience in lending markets along with a new project focused on understanding housing insecurity among LGBTQ youth. An agency approached the Lab seeking new ways to anchor their research methods with youth in a strengths-based model that Amy CB describes as “being at risk, but not defined by it.” Kel Kroehle, an SP2 alum, and Henisha Patel, an MSW ’17 macro grad, worked as research assistants on the project, which was driven by two questions: “How  do LGBTQ youth experience housing precarity after foster care?” and “Are there differences between those self-identifying as LGB and those who describe themselves as gender expansive?”

Community partners and the Lab knew that many of the systems intended to help at-risk youth can retraumatize them if their experiences in social services mimic the trauma they’re fleeing. Henisha explained that youth who are seeking relief from the harassment and violence they experience based on their identity often find the same circumstances amplified in social services and housing placements. For many, it is “going from the frying pan into the fire.” For example, many of the nonprofit’s target youth population was living in, by any objective definition, unsafe and uninhabitable conditions on the street. However, these youth also described somehow feeling safe there, which spoke volumes to how unsafe their past living conditions and housing placements actually were. To these youth, being on the street felt safer and the data demonstrated that despite extreme housing insecurity, they showed remarkable resiliency, strength, sense of self, and hope for the future. 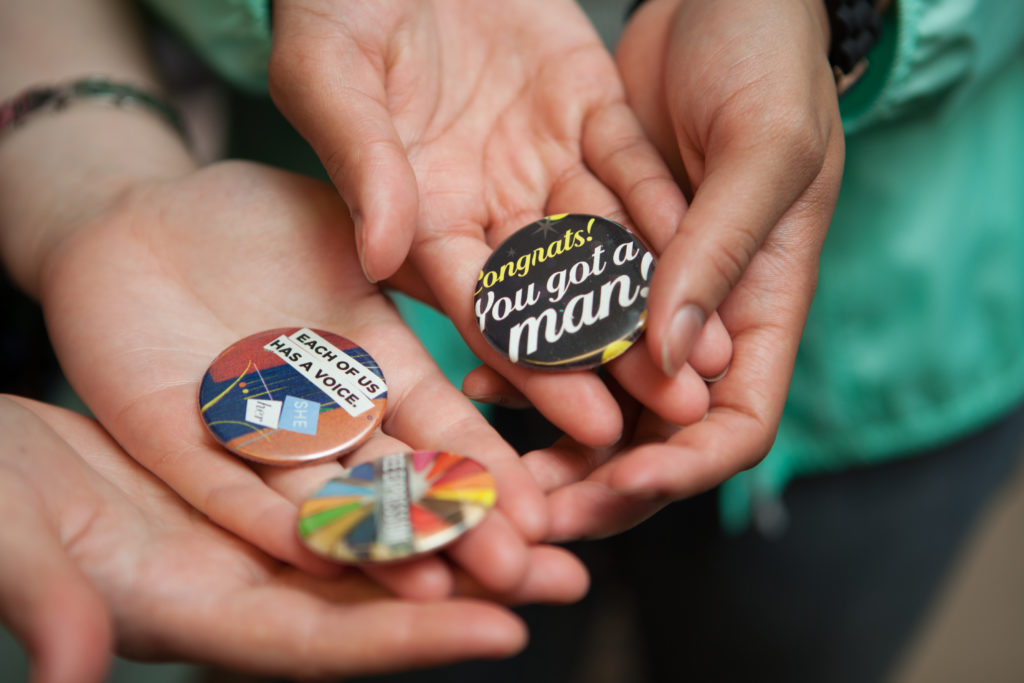 Buttons designed to help change the narrative around gender.

But there was one remaining gap. Based on practice experience, the team knew that those self-identifying as gender-expansive were present and experiencing housing differently, but they were completely absent from the dataset. So, they tried piloting a new method prioritizing what Amy CB calls “speaking back to the instrument.”

The team noticed that surveys which seemed unusable because youth crossed out pre-set answers, wrote in the margins, checked conflicting answers, or did not comply with the research instrument, were the same youth who identified as gender-expansive.

The methods widely considered to be scientifically sound were actually removing gender-expansive youth from the very research designed to include them.

Rather than ignoring the seemingly conflicting information, the team interpreted everything the youth did as data, which dramatically shifted their findings. When they followed traditional research methods, only 12 percent of the youth aged out of foster care into homelessness, but the pilot method showed that the number was actually 38 percent. The team found that by making simple tweaks on gender to their research methods they increased the inclusion of gender expansive youth in the sample and captured their presence when they were otherwise “ignored as data-noise or an outlier.” More importantly, this new method allows intake workers in the community to collect information in a healing way for youth who are seeking refuge by “making the invisible visible.”

Meanwhile, Lab co-founder Amy H was working collaboratively with staff and youth from the Attic, Philadelphia’s LGBTQ youth center, and the School District of Philadelphia to develop a policy affirming the rights of transgender and gender non-conforming students. The District’s Policy 252 ensures the “safety, equity, and justice for all students regardless of gender identity or gender expression so that they can reach their fullest human and intellectual potential.” As a mother of a trans elementary school student, she was looking at the importance of peer support for parents of trans students. Likewise, Amy H and her team are developing K-12 curriculum, including a board game, to model how to talk about gender, gender identity and sexuality in the classroom. Lastly, she was supervising a participatory action research study that trained youth to conduct interviews with other transgender and gender nonconforming youth about their high school experiences.

The SexGen Policy Lab is now fully functional with more than 20 research assistants from Penn and the community. More importantly, the Lab is creating a space that takes gender and gender identity seriously on an empirical policy level. In the future, Amy CB and Amy H hope the Lab’s work will change the narrative about gender when researching social issues and make gender as essential as race and class in studies. And there is no better home for the Lab than at SP2, whose vision and mission include the right values to lead that charge.