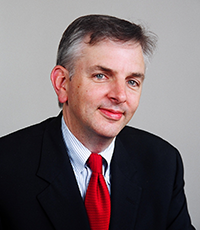 The Clark Foundation focuses on helping people out of poverty and assisting individuals to lead independent and productive lives and supports nonprofits and programs in New York City and Cooperstown, NY. Doug is also executive director of The Scriven and Fernleigh Foundations and Senior Vice President with The Clark Estates, Inc. Prior to Clark, Doug was a Senior Vice President with Rockefeller Philanthropy Advisors (RPA) from 2002 to 2009. Prior to joining RPA, Doug held management positions at Goldman, Sachs and Co., SmithKlineBeecham (now GlaxoSmithKline), and The Pew Charitable Trusts.

Doug’s opinions and ideas on philanthropy have been featured in the Associated Press, Bloomberg, The Chronicle of Philanthropy, The Financial Times, The Los Angeles Times, The Stanford Social Innovation Review, The Wall Street Journal and on CNBC, NPR and PBS. Doug co-authored, with Steven Godeke, Philanthropy’s New Passing Gear: Mission Related Investing, A Policy and Implementation Guide for Foundation Trustees. Doug serves on boards for The Leatherstocking Corporation, The Melalucca Foundation, The National Council on Nonprofits, Partners for Health Foundation, The Rockefeller Institute of Government, and is a past chair of Philanthropy New York. He is also a member of the Leap of Reason Ambassadors Community and is an adjunct faculty member at the University of Pennsylvania and the Columbia Business School where he teaches about philanthropy and the nonprofit sector.

Doug is a graduate of Michigan State University. He also has an MJ from Temple University and an MS from Penn.

As safety measures around the COVID-19 pandemic halted all on-campus activity at Penn, Doug Bauer and Greg Goldman— like many instructors around the country— found themselves rapidly adapting the course […]