‘Game Pieces in the Culture Wars’ 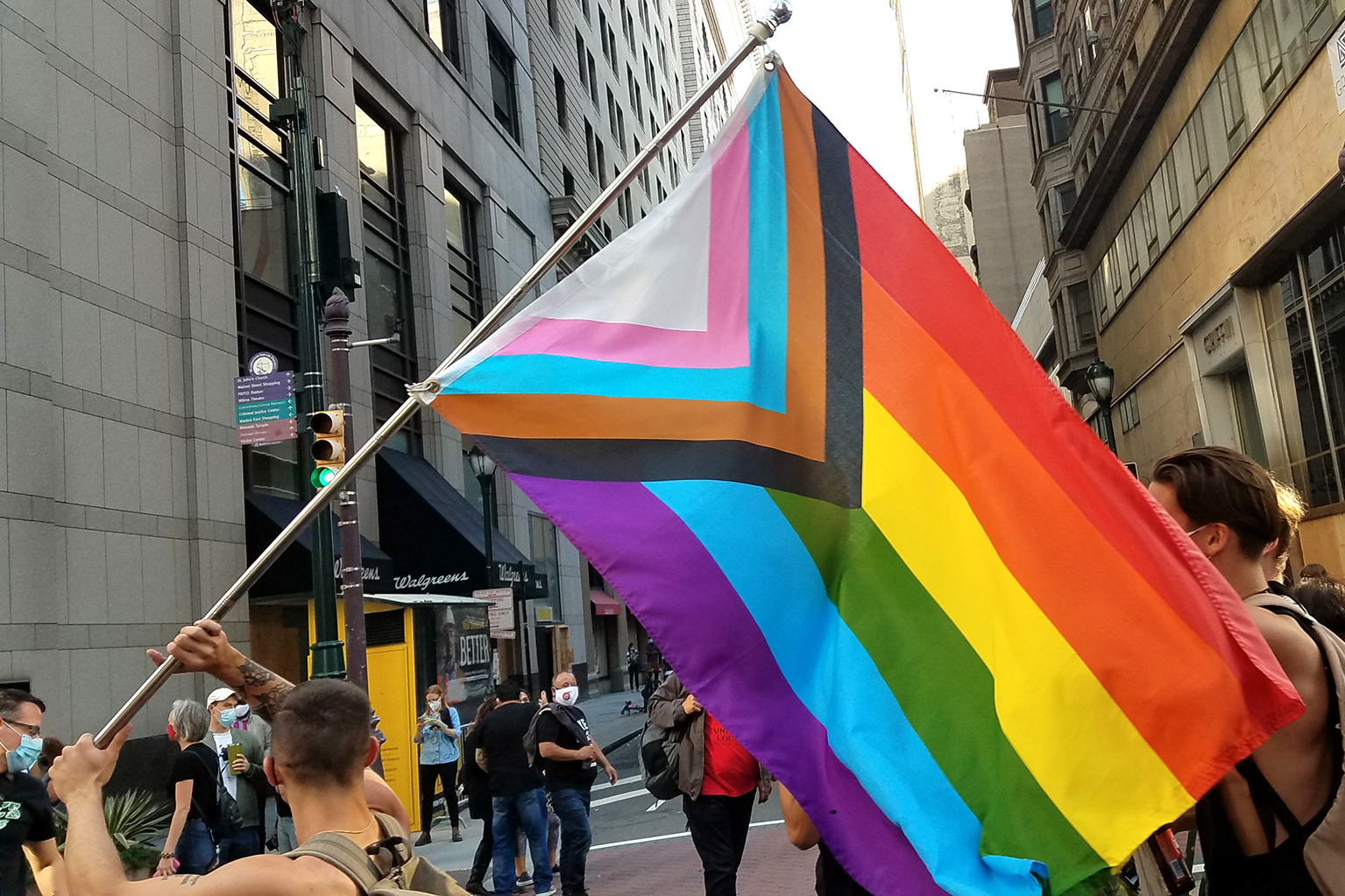 More than 250 bills aimed at reducing the rights of LGBTQ+ people are currently working their way through state legislatures in the United States, or have already been passed. Thirty-three states, including Pennsylvania, have introduced upwards of 100 bills specifically targeting transgender and gender non-conforming children and adults. As the country begins to emerge from the pandemic’s shadow, 2021 is shaping up to be a banner year in many ways, including an unprecedented amount of proposed anti-trans legislation.

Meanwhile on a national level, the Education Department announced on June 16 that discrimination against students on the basis of sexual orientation or gender identity is prohibited under Title IX, a 1972 law that prohibits sex-based discrimination in federally funded schools. The change reverses one of numerous Trump-era policies curtailing transgender rights.

“We definitely are in the middle of a major cultural war, a major political war,” says Heather Love, professor of English in the School of Arts & Sciences. “You can’t go through the Trump presidency and not think that there is a kind of crisis around white male identity.” Many of the societal problems plaguing America—like deindustrialization and affordable health care—are difficult to fix, she says, while policing bathrooms and locker rooms is more manageable and easier to accomplish.

When there is pent-up tension within society, “gender and sexuality provide an easy outlet for persecution,” Love says. “Trans youth are being attacked in that context, as a vulnerable population that is continually served up, like game pieces in the culture wars.”

“I’m not sure if the intent is actually to cause trans death,” says Love, “but that will certainly be the effect.”

Of the 117 state bills focusing on gender identity that were introduced in 2021, 58 target gendered spaces and activities such as bathrooms, locker rooms, and school sports. Twenty-nine aim to further restrict access to gender-affirming medical care.

The sports-related bills would require students to play on teams consistent with their birth-assigned sex, framing it as a Title IX issue. This includes HB 972, Pennsylvania’s “Save Women’s Sports Act.”

Athletics is often portrayed as “a level playing field,” says Love, “cordoned off from all the inequalities and power dynamics that we know to be true in society. You just put everybody on the field and they can work it out in some kind of fair arena.”

In reality, she says, sports are integrated into culture, and in the U.S. they can be tied to scholarships, accolades, and even future earnings. Citing a 2020 Connecticut lawsuit, detractors claim transgender girls would have an unfair physiological advantage over cisgender teammates if allowed to play on girls’ teams. This, some lawmakers have alleged, would deny young cisgender women athletic scholarships, despite the fact that no trans students have been offered athletic scholarships since the NCAA approved a trans-inclusive policy in 2011. Trans-identified people make up 0.6% of U.S. adults, according to a 2020 Gallup poll.

“Is there this huge group of trans women taking over athletics?” asks Erin Cross, director of the University’s LGBT Center. “No. A lot of these bills are out of fear. The fear of not being able to put people into boxes.

“This is a way to build up ideas around fear that the country is changing, and we need to hold on to our old values,” continues Cross. “I think a lot of these folks have never met a transgender person. A trans person—you’ll see—[is] just like anybody else.”

This includes Lia Thomas, co-chair of Penn Non-Cis, a club that aims to build community for trans and non-cis people. “One of my big concerns for trans people is feeling alone,” she says. “Even if you don’t pay attention to the news … [about] states proposing and passing vicious anti-trans legislation, it can feel very lonely and overwhelming.”

For Thomas, relief has always been found in the water. Swimming is “a huge part of my life and who I am. I’ve been a swimmer since I was five years old,” she says. “The process of coming out as being trans and continuing to swim was a lot of uncertainty and unknown around an area that’s usually really solid. Realizing I was trans threw that into question. Was I going to keep swimming? What did that look like?”

Thomas took a year off during the pandemic and will swim for the Penn women’s team in her senior year. “Being trans has not affected my ability to do this sport and being able to continue is very rewarding,” she says.

In April, 2021, under the “Save Adolescents from Experimentation (SAFE) Act,” Arkansas became the first state to ban doctors from administering hormones or puberty blockers to minors. Puberty blockers, which are also administered to treat precocious puberty in cisgender children, are sometimes prescribed to trans children experiencing gender dysphoria to delay the onset of secondary sex characteristics. Were a child to cease taking these medications, by choice or by circumstance, puberty would resume its initial course.

Studies have found that trans and gender non-conforming youth are at a greater risk of suicidality than the general population, and that access to gender-affirming care and social support significantly lowers that risk. Yet, Love says, language in laws like the SAFE Act suggests that government inference is necessary to protect children from harm. “There’s a kind of fantasy that, because they’re in the space of development, somehow trans life could be stopped,” says Love. “If you stop youth from becoming trans then you solve the problem, whereas we know that not to be the case. … Unfortunately, it’s a time when people are extremely vulnerable.”

“The biggest misconception is that trans people are confused and you can change them,” says Causha Antoinette Spellman, a social welfare PhD student in the School of Social Policy & Practice. “We’ll look back on this time and there will have been a concentration of suicides as a result of children and youth not being able to be who they are.”

“We have a big fear response to anything that deviates from ‘normality,’” says Spellman. Western society, they say, claims that its citizens need to operate from within binaries or the system won’t work, but what that really means is that the system will no longer uphold patriarchal privilege. Spellman says, “We know that a system that works for trans people works for everyone.”

Spellman, who studies Black and Indigenous queer and trans youth at the intersection of the child welfare, mental health, and juvenile justice systems, came out as non-binary while in earning their masters in social work at the University of Hawaii. There, Spellman was surrounded by “an entire population and community of folks [for whom] the third gender, or māhū, was revered and were the holders of their culture,” they say. “Learning about that level of Indigeneity in a gender that doesn’t exist on the binary gave me the freedom that I didn’t find in Western culture.”

When it comes to ideas about gender, Love says there is “a real groundswell of transformation in the U.S., particularly among young people,” and these bills are a direct response to try and stop that transformation. “You can limit access to health care or punish people who are in schools at the moment, but these are violent measures that can’t really stop the wave of what’s happening,” she says.

“The idea that everybody fits neatly into this boy or girl category, this man and woman category, is oppressive for anyone who wants to know themselves better,” Hillier says. “It’s imposed on us, it’s a form of social control, and it doesn’t give us room to explore.”