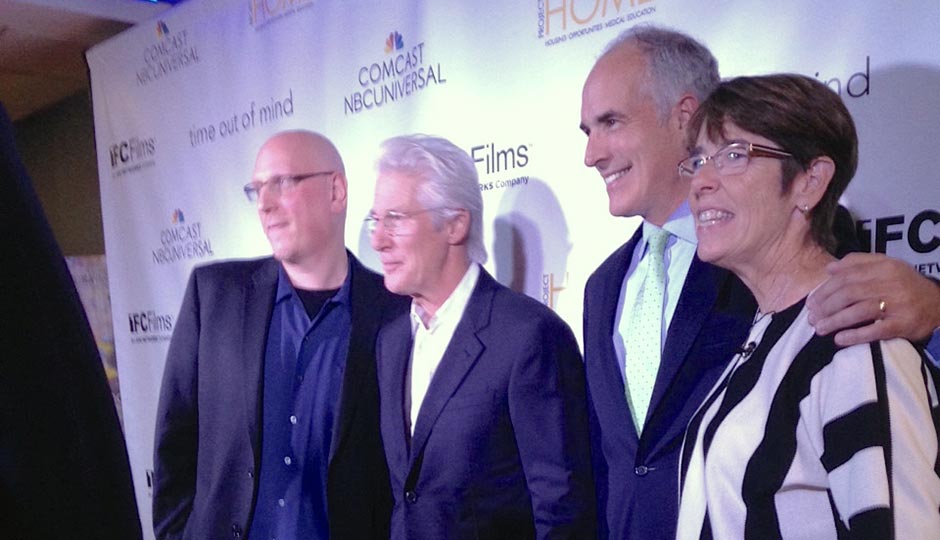 School of Social Policy & Practice Professor Dennis Culhane, PhD, recently participated in a pre-screening panel before the Philadelphia premiere of “Time Out of Mind,” a new film about homelessness directed by Oscar-nominated Oren Moverman and starring Richard Gere.

An excerpt from Philadelphia Magazine’s coverage of the event:

“Culhane spoke to the issue of public policy — and of the things that work. ‘We actually have an excellent example with homeless veterans,’ he said. After the federal government funded about 70,000 housing vouchers for previously homeless vets, several counties were able to eradicate the homeless veteran problem entirely. ‘It’s always about housing and creating community. Society thinks we need more shelters, but shelters are where people feel most oppressed. It’s a place where people get robbed, experience abuse, are forced to sleep in close quarters, forced to leave in the morning. … It’s isolating, terrifying and dehumanizing.'”

Culhane, Gere, and Project HOME Executive Director Sister Mary Scullion were all participants. Read the rest of the story here…