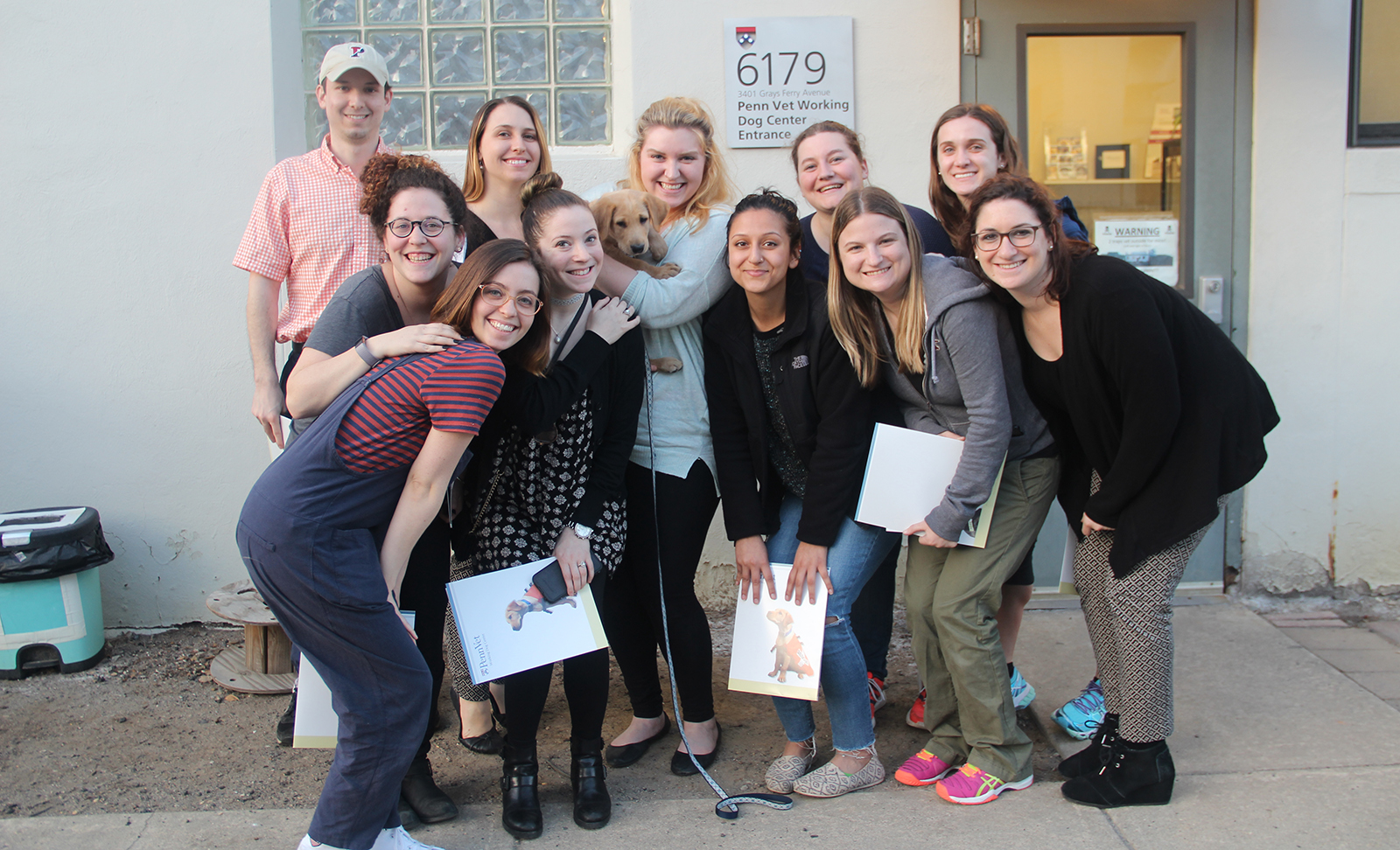 They say dogs are a man’s best friend, so it’s no surprise that they, and other animals, have a rich history of therapeutic involvement in social work practice.

This was the focus in Penn School of Social Policy & Practice’s “Animals and Social Work” course.

The class, most recently taught by Katharine Wenocur, LCSW, was designed to expose students to the wide range of roles animals play in social work settings. Through readings, videos, field trips, and live observations, students integrated prior clinical knowledge with relevant theoretical concepts.

The concept that animals provide comfort and social support in the lives and treatments of clients has been widely accepted by many. Clinicians involve animals in psychotherapy. Medical and school social workers coordinate visits from therapy animals. Forensic social workers encounter working dogs in courthouses and police stations. Pets are often brought in to provide comfort and social support to bereaved, isolated, or traumatized individuals. Last semester, SP2 students took a closer look at how and why.

“If anyone is interested in how they can incorporate animals into their practice, this course is also a great place to start. I have a registered therapy dog, Raina, who I’ve been volunteering with at hospitals and nursing homes, but now I have an idea about how I would actually incorporate Raina into a client’s treatment plan, ideas for psychoeducational stories involving Raina, and have completed a roleplay therapy session with Katharine’s dog,” said MSW student Rachael Cabral. “I have a better idea of the nuances that can arise when a dog is present in a therapy session and understand how much mental multitasking a clinician must be capable of to have a dog present in the room with a client.”

Cabral, who was a first-year MSW student when she took the course, is an animal advocate interested in how animal-assisted therapy benefits humans, but also in the human-animal parallel that social workers often encounter.

“I think that incorporating animals into social work at a greater capacity could benefit animals as much as it could benefit humans. I see a lot of potential for partnerships between social welfare and animal welfare agencies to be formed in the future to improve the lives of both people and animals.”

According to Cabral, the course was a favorite among her classmates, and many considered it to be as enjoyable as it was invaluable to their fields of work and study.

“There was a dog in class most weeks and I think it’s easier for people to open up and smile when a dog’s around… I think classes like this do need that hands-on component,” Cabral said, adding that she learned animal-assisted specializations are incredibly rare at social work schools. “I had no idea the field had enough material to encompass an entire specialization! I hope animal-assisted interventions in social work is a field that continues to grow and more practitioners learn about.”