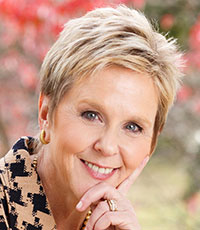 Eileen R. Heisman, ACFRE, is the President and CEO of NPT. She is a nationally recognized expert on charitable and planned giving. Ms. Heisman has been interviewed about philanthropy and donor-advised funds on CNBC, PBS, NPR, CNN International and Bloomberg TV, and by nearly every national newspaper and major trade publication, including the Wall Street Journal, New York Times, Washington Post, Bloomberg, CBS MarketWatch, Financial Advisor, and Investment News.

She was among the first fundraising professionals to earn the distinguished ACFRE certification in 2001, and has been named six times by NonProfit Times as one of their Power and Influence Top 50, an annual listing of the 50 most influential executives in the philanthropic sector, most recently in 2019. Ms. Heisman was awarded the 2019 Alumni Achievement Award by Carnegie Mellon University in recognition of her exceptional accomplishments. She has been invited by the Chinese government to speak to their emerging nonprofit sector about philanthropy. She is also the Association of Fundraising Professionals’ 2014 Outstanding Fundraising Professional.

Ms. Heisman received a BS with honors in Psychology from Carnegie Mellon University, and a Master’s of Social Work with a major in social program evaluation from the University of Michigan. She is a member of the third Wharton Fellows Class at the University of Pennsylvania and completed the Executive Program for Philanthropy Leaders at Stanford University’s Graduate School of Business.