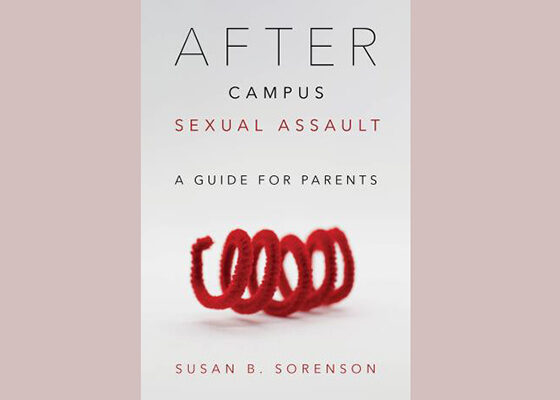 In the guide for caregivers whose child was sexually assaulted on a college campus, Susan B. Sorenson provides advice and identifies resources, both on campus and within the community.

Several years ago, a friend came to Susan B. Sorenson asking for advice. “Her daughter had been sexually assaulted while studying abroad,” recalls Sorenson, who recently stepped down as the long-time director of Penn’s Ortner Center on Violence & Abuse.

Despite the prevalence of campus sexual assault, which happens to one in four female undergraduates, according to the Association of American Universities, Sorenson’s search for resources to share came up empty; very little existed to guide parents. Sorenson, who has spent decades studying sexual assault and violence against women, decided to undertake the task herself. The result, “After campus sexual assault: A guide for parents,” was published in June.