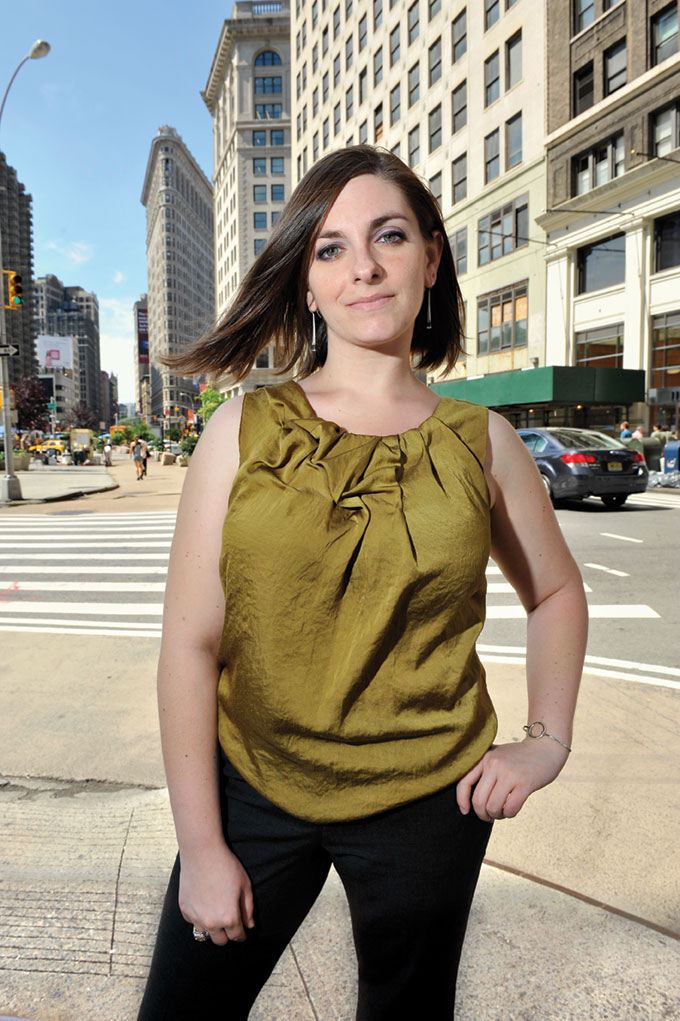 Alumna works with innovative campaign to house the nation’s most vulnerable homeless people.

Across America, roughly 110,000 people are “chronically homeless,”– living on the streets or in shelters for a year or more. Because many of these individuals are plagued by such complicated issues as chronic health conditions, mental illness, substance abuse and/or a history of incarceration, this population is among the most difficult to engage and serve. Yet while chronic homelessness is often viewed as an inextricable problem, the consequences of not addressing it can be lethal, as street homelessness cuts an average of 25 years off of an individual’s lifespan.

SP2 alum Kara Mergl (MSW/MSSP ‘07), is part of a national effort to alter the national response to chronic homelessness. Since earning her dual degree, Mergl has served as Director of Research and Evaluation for Common Ground, a pioneer in the effort to end homelessness. Recently she began work on the organization’s newest initiative, the 100,000 Homes Campaign, which aims to find permanent homes for 100,000 of the most vulnerable homeless individuals and families by July 2013.

According to Mergl, the 100,000 Homes Campaign grew out of Common Ground’s “Street to Home” approach, which helped to dramatically reduce street homelessness in New York’s Time Square. The model involves systematically surveying individuals living on the streets, creating a name registry prioritized by severe health risks and length of homelessness, and re-aligning existing housing and service resources to match these prioritized individuals and families.

Based on its effectiveness in New York in 2007, Common Ground began sharing the strategy with other cities, including Denver,Baltimore, Atlanta, and Chicago, and collecting  information about their experiences. The 100,000 Homes Campaign combines the proven success of the Street to Home approach with the best practices gleaned from those cities into a practical playbook, which Mergl is helping to implement throughout the country. The campaign involves five basic steps:

In each community, 80-300 volunteers participate in various aspects of the process. To clarify the demand, teams of volunteers canvas a single catchment area between the hours of 4-7am. “The volunteers go out three mornings in a row to get a good sense of who is on the street and to build trust with those who might be reluctant to talk,” explains Mergl.

“It is important to talk to people on the streets–as opposed to in shelters or soup kitchens–because vulnerable homeless individuals often do not navigate service systems.”

To identify the most vulnerable, Common Ground developed a Vulnerability Index based on medical research from Drs Jim O’Connell and Steven Hwang on the causes of early mortality among homeless adults. This 35-question survey, developed with community input, screens individuals for vulnerablity and assesses their eligibility for existing benefits and supports.

Data from the surveys is entered by volunteers and a vulnerability score is immediately calculated. “One of the unique and most practical features of the campaign is how quickly we can provide feedback to communities,” says Mergl. “Most research projects take weeks or months to get results. We are able to provide an overview of how many people are homeless and how many are vulnerable within the week. This information galvanizes communities to act.”

A key tenant of the campaign is the Housing First philosophy pioneered by Sam Tsemberis of Pathways to Housing and further researched by SP2 faculty member Dennis Culhane. Unlike the traditional housing readiness approach, which maintains that an individual must address issues that lead to homelessness prior to entering housing, Housing First asserts that a homeless individual’s first and primary need is stable housing and that other issues should be addressed once housing is obtained.

Because finding housing for the most vulnerable individuals can be daunting, the campaign helps communities develop public/ private partnerships and cross system collaborations to forge innovative solutions.

“The data can seem overwhelming,” says Mergl, “But we show communities how to break down the numbers and identify existing resources. For example, if a community has 100 vulnerable people, 30 may be veterans eligible for benefits, another 25 may be seniors and an additional 25 may be youth for whom other supports are available. In the end, there may only be a handful of individuals for whom existing benefits are not available.”

The campaign also strives to ensure that supports are in place to help individuals maintain their homes. In some cases, onsite case managers are embedded in supportive housing units. In other cases, social workers check in with residents during office or home visits.

Already the initiative has housed more than 7,000 vulnerable individuals with a 90% retention rate. Mergl, who has trained more than 800 campaign volunteers, says her SP2 degrees have been invaluable in her work. “At the heart of this campaign are basic social work skills. It is all about listening and learning from communities to help them achieve social change,” she says. “I remember Dean Gelles telling us that changing policy is like trying to move a big boulder. You can’t just push it. You have to have leverage and find that sweet spot where you can wedge it and move it.”