The following is an opinion piece that was penned by SP2 Dean John L. Jackson, Jr., PhD, and published in the Philadelphia Inquirer.

Pete Tefft, a white nationalist who was part of the violence in Virginia in August, responded to critics by claiming that “fascism is just loving your family and doing what’s best for your nation.” And that is a fairly standard response from white nationalists. Love is ostensibly what drives their ideology and actions, their marches and rallies, their politics and personal choices. They do what they do, they’ll declare (and quite sincerely), because they love. And that is the entire problem. 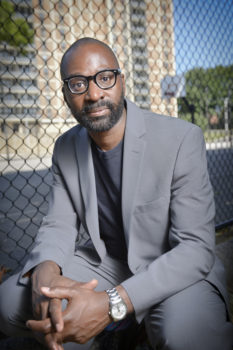 For a city like Philadelphia, the City of Brotherly Love (and Sisterly Affection), determining exactly what we mean by love — as a political and social community — is no trivial matter.

White supremacists have learned to love in just the ways we all have — partially, imperfectly, and exclusively. They imagine that it is their responsibility, their right, and even their God-given duty to reserve their love for those they consider most like them. It is a more virulent, offensive, and frightening expression of love than we have been used to seeing in public, especially since the 1960s, when the civil rights movement was fairly successful at demonizing explicit displays of racial hatred, but it is not, in some ways, an atypical version of how we’ve all been taught.

We love “us,” which means the only question, then, is who counts as the “us” worthy of our love. The idea of “race” has convinced many Americans that we can portion out love, affection, and caring in ways that line up with this biologically faulty social category.

Read the full piece published by the Philadelphia Inquirer here…