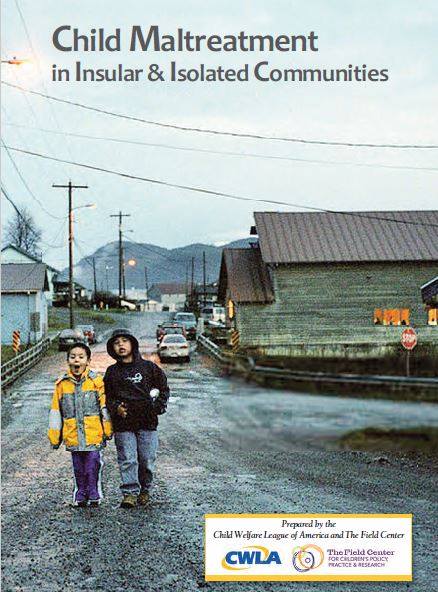 A newly-released online essay collection, the result of a collaboration by the Child Welfare League of America (CWLA) and the Field Center for Children’s Policy, Practice & Research at the University of Pennsylvania, addresses the need for more substantive research and increased awareness around child maltreatment within underrepresented and isolated populations.

The essays within Child Maltreatment in Insular & Isolated Communities, now available for download on the CWLA website, explore a diverse range of populations that are disproportionately underserved in child welfare services, and consider new ways to support and engage these communities.

Child Maltreatment in Insular & Isolated Communities includes coverage of more familiar topics within child welfare research—such as rural populations, single fathers, and grandparents raising children— as well as religious sects such as Orthodox Jews and the Amish. Other essays investigate less-studied areas such as isolated indigenous communities, American Indians and Alaska Natives in urban settings, and the impact of totalistic residential treatment programs on teens.

“The literature on overrepresentation by certain populations in the child welfare system is fairly robust, but there is scant research on those who the system is missing. This important volume is bringing this under-researched issue to light,” said Debra Schilling Wolfe, Executive Director of the Field Center. “We are hopeful that it encourages greater scholarship to understand if and why maltreatment rates may be lower in some populations and how to best engage others who might fail to come to the attention of child protective services.”