Alum Carole Okun: The Life of a Social Worker is an Important One 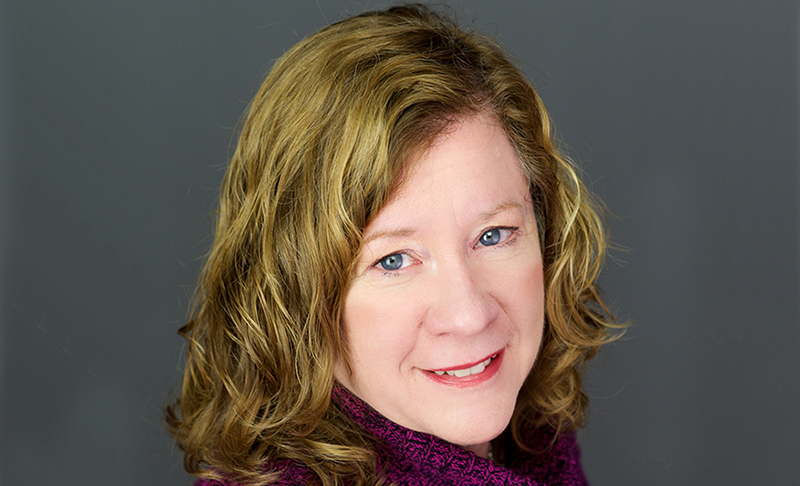 Penn’s School of Social Policy & Practice (SP2) alum Carole Okun believes in social justice. She believes in change. And she believes in educating those who make all the difference. That’s why the longtime social worker made a special gift to establish the Shoemaker Term Scholarship Fund, named after her mentor, Dr. Louise Shoemaker, Dean Emerita of the School of Social Work. With this commitment, Okun helps make an education at SP2 accessible for financially struggling students. Read her testimony below.

The November election of Donald Trump changed my life.  Very simply I knew on a profound level that the future of social work was going to very important and I wanted to make a lasting impact.  I wanted to do what I could to make the field accessible to those struggling financially but still had ‘the calling’ to help others.  I worried about the future of social work.  I worried about the defunding of programs for the poor, the elderly, children, the mentally ill, etc.  I worried about the changes in health care and people not having access to it.  (I still worry about this.)  I also worried about my safety in the protests.  In the early days of the protests, there was talk about possibly being tear gassed or worse.  I felt an urgency to leave a legacy to the field if I died say during a protest.  I worried then so much about so much.  So I started to think seriously about how I could make a lasting impact – that the field of social work is so important to our society.  It then came to me one night.  I wanted to create something meaningful that could help a Penn social work grad student as I had been helped back in 1993.  Then I thought of my mentor, Dr. Louise Shoemaker (who I haven’t stopped thinking about over the years) and put the two together: to create an annual scholarship in Dr. Shoemaker’s name to help a student continue the important work and to create a long term planned gift.

I first met Dr. Shoemaker in 1993, in the early days of that fall semester.  I was an ‘older student’, in my mid-30s.  I was a career changer, having left an unrewarding secretarial position at IBM in Westchester County, NY.  I had just moved to Philly to live on campus in the Grad Towers.  I started to hear about Dr. Shoemaker and her work in the local community and in Nigeria.  This intrigued me as I was interested in international social work.  She was starting a new field placement with several Lutheran churches around Penn and was interviewing for interns.  I scheduled a meeting with her.  Upon my very first meeting with her in her tiny office in the Caster Building, we clicked.  I had never met anyone like her.  I was so moved by her gentle ways, her deep caring, her making me feel that I could do anything.  I was very insecure and had many doubts. Dr. Shoemaker accepted me into her new placement.  I loved being around her and seeing how she worked with people of all faiths and races.  We had many wonderful conversations and laughs.  She trained me very well.  You can say I idolized her! She used to pick me up in her dilapidated car and we’d venture off to local block captain’s meetings.  We’d meet with local community members and I watched how she spoke with them.  I was very moved.  She taught me several important lessons, among them:  to ‘trust my gut’ and the importance of training others to be leaders in their own community.

I also wanted to do something to show my appreciation to Penn’s School of Social Work for giving me a chance that basically changed the direction of my life.  Since I was paying my own way, I was thrilled to receive several scholarships.  To this day I have not forgotten that feeling and that’s another reason why I wanted to start an annual scholarship.   I still remember meeting with Diane Metzenbaum, (whom I learned recently passed away) for my interview and she remarked that she was impressed with my drive and motivation.  Thanks to her I was accepted at Penn for the fall semester in 1993.

Dr. Shoemaker and I kept in touch after my graduation, my moving to New Mexico to work in rural social work and when I returned to the east coast in 1997 and for many years after that.  Back in 2006, I asked her if I could interview her about her life and that I would tape her.  She was, of course, very cooperative.  We sat for several hours one day in her home as I asked many questions about her long life and she patiently answered them.  I’m disappointed to say that I did not get a chance to publish the interview, having become very immersed with my work at the time.  I still have the CDs on my shelf waiting for a time when I can finally transcribe them.    I don’t remember when our last conversation was or what we talked about. I enjoyed receiving her Christmas newsletters about what she and her were up to.  I’m very sorry I wasn’t in communication with her before she died.  I read about her passing in ‘The Gazette’ and cried.

Since graduating from Penn in 1995, I have not stopped working, mostly in the mental health field.  It’s been one of the most meaningful parts of my life.  Since leaving Penn, I have been trained by many experts in the field of mental health, have worked long and hard hours in clinics, hospitals, and now in private practice.  I figure in my career I have met with thousands of clients over the years.  It has been an outstanding career.

I’m turning 60 this month. I have no plans of quitting this wonderful field of which I’ve been a part of for the past 22 years.  As long as I can hear and see, I can work with clients well into my 60’s, 70’s and beyond.  I have been very fortunate in my life.  The career of social work is an important one.  The life of a social worker is an important one.  I want to do what I can to honor both:  Dr. Shoemaker, the ultimate social worker and Penn for giving me a chance.