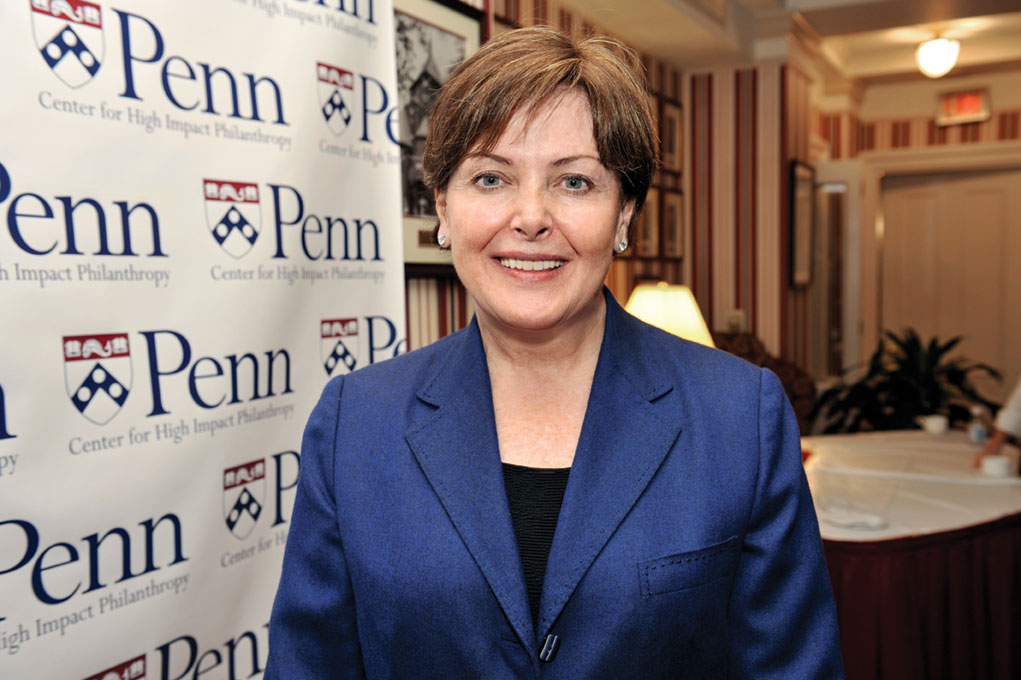 SP2 Board Chair aims to advance ethical and effective adoption policy and legislation.

For Ann Reese, who spent 25 years as a finance executive, the journey to SP2 Board Chair and founder of the Center for Adoption Policy was pure serendipity. “Long before I knew (SP2 Dean) Rich Gelles, I read his book The Book of David, which argued that the child welfare system doesn’t serve children,” she recalls. That book resonated deeply with Reese years later when her efforts to adopt a foster child were thwarted by the child welfare system.

Reese had been exploring adoption from foster care for two years when she was told that because the majority of children awaiting adoption were Black or Hispanic, it was unlikely a child would be placed with her. Although race or ethnicity wasn’t an issue for her, “The prevailing wisdom was that children should be placed with parents of the same race,” she says. “What I didn’t know then was that there was already a law called the Multi-Ethnic Placement Act, which prohibited child welfare agencies from denying adoption on the basis of race.”

Ultimately Reese, who has a degree in economics from Penn, an MBA from NYU Stern,and was then a corporate Vice President and CFO, adopted two children from Romania. The children had spent their entire infancy in a crib with minimal human interaction and had serious developmental delays. Within six months, Reese realized they needed so much intervention to overcome the effects of institutionalization that she left her job.

“What was becoming clear to me was that thousands of children, both here and abroad, were languishing in abysmal situations and suffering long term repercussions because of misguided ideology and bureaucratic red tape,” she said. “Children are left to deteriorate in substandard care because child welfare agencies cling to the idea that children belong in their ‘country of birth.’ It’s bad science and it ignores a body of literature that indicates that children thrive in transracial families.”

It was around this time that she met Diane Kunz, a lawyer and historian, who, having adopted four children from China, also felt that accepted child welfare policies and practices were often not in the child’s best interest. Together they founded the Center for Adoption Policy (CAP) in an effort to break down barriers to adoption.

CAP asserts that international adoption should be an integral part of a comprehensive strategy to address the problems of un-parented children. Such a strategy should also include the development of better temporary care for children pending permanent placement and other solutions that lead to permanent families for children such as in-country adoption, as well as the provision of social services to parents so that they can keep and nurture their children.

“Initially, we naively thought that the reason more adoptions weren’t happening in a timely manner was due to a lack of awareness about the law, so we started out just trying to educate people,” she explains. “Eventually we saw that to have an impact, we needed to do more.”

Today CAP’s efforts focus on providing legal analysis, research and information to policy makers and advocacy organizations. They are aided in this work by another member of the SP2 community, Cassie Bevan, who was a principal staffer on many domestic and international proposals on adoption that later became law. According to Reese, Bevan has been instrumental in helping CAP to frame their issues so policy makers would take notice.

CAP is a key player in the adoption arena. The organization played a critical role in ensuring implementation of the Hague Convention on International Adoption, an international agreement to safeguard intercountry adoptions. The agreement, which attempts to ensure intercountry adoptions are in the best interest of the child, was signed by President Clinton in 2000 but not implemented until 2008.

The organization was also actively involved in helping pass the Haiti Act of 2010, which authorizes the Department of Homeland Security to adjust the status of Haitian orphans entering the US on humanitarian parole to permanent resident status. “This legislation is important,” says Reese, “because it ensures a path to citizenship so these children won’t risk deportation when they turn 18.”

One of the primary debates CAP is currently addressing involves the principle of subsidiarity. This child welfare principle outlines a specific hierarchy for exploring paths to permanent families for children in foster care. According to Reese, “Most practitioners interpret the principle of subsidiarity to mean they must exhaust every other option before even beginning to explore adoption. But the fact is there is nothing in the standard that prevents concurrent planning.”

“The Hague Adoption Convention says every child has a right to a permanent family. But most child welfare agencies still view adoption as a last resort. That is one reason we have so many kids in foster care. We believe that adoption is a best choice and should be a first choice.”