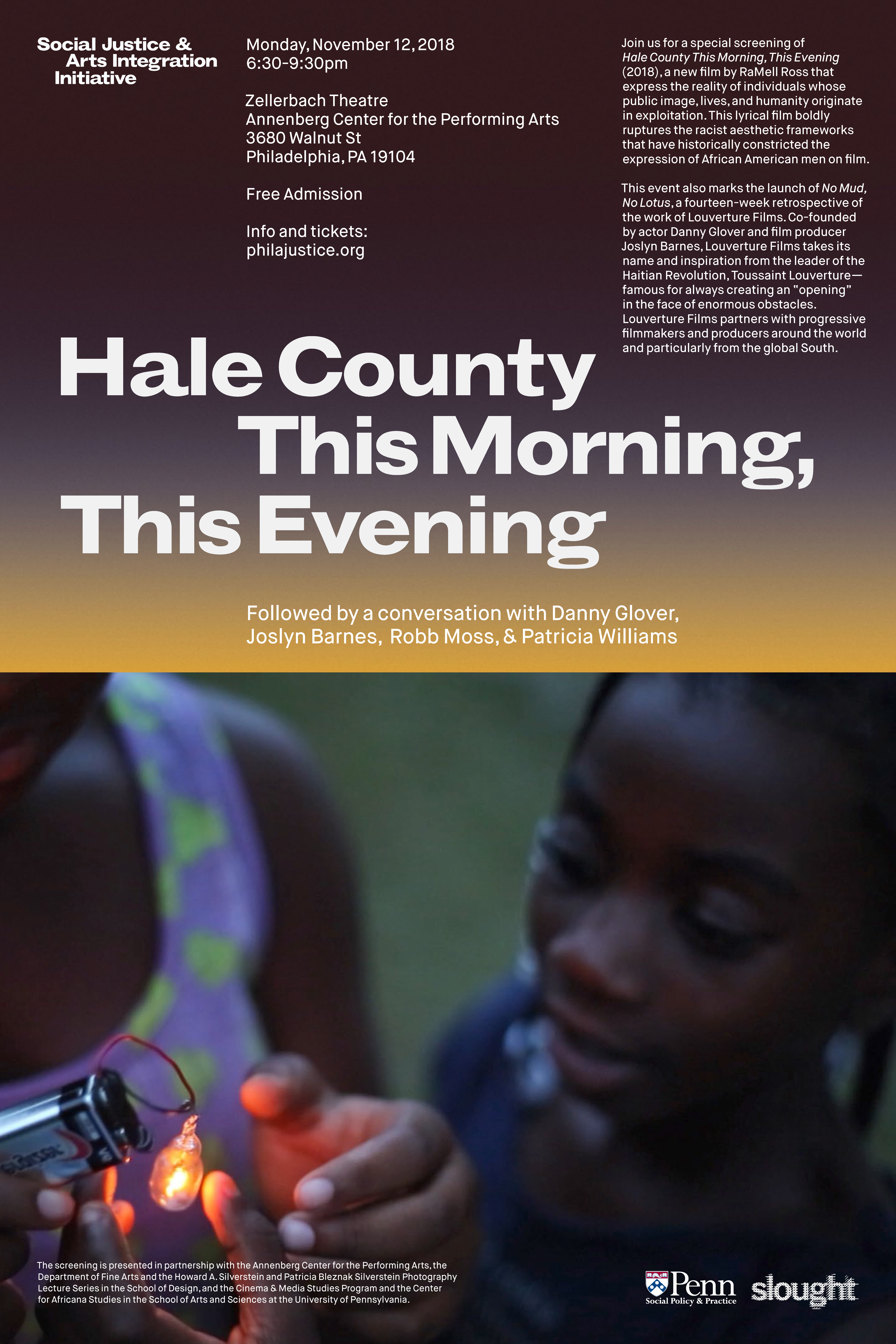 On behalf of Penn SP2 and Slought, faculty, students, and staff are invited to the inaugural event of No Mud, No Lotus, a fourteen-week retrospective of the work of Louverture Films. The event will be held on Monday, November 12th from 6:30-9:30pm at the Annenberg Center for the Performing Arts’ Zellerbach Theatre.

A special screening of Hale County This Morning, This Evening (2018), an award-winning film by RaMell Ross, will be followed by a conversation with actor Danny Glover and producer Joslyn Barnes, co-founders of Louverture Films, and Robb Moss, a member of the edit team, moderated by legal scholar Patricia J. Williams.

This event is free and open to the public, however registration is requested.

Hale County This Morning, This Evening expresses the reality of individuals whose public image, lives, and humanity originate in exploitation. This lyrical film boldly ruptures the racist aesthetic frameworks that have historically constricted the expression of African American men on film. Please visit the website to learn more about the film and speakers, the Louverture Films retrospective, and the newly formed Penn SP2 Social Justice and Arts Integration Initiative, which launches with this event.